What is the best herbal Tea?

All herbal teas have good health benefits however cinnamon is the best of herbal spices due to the vast array of medicinal benefits it offers for a healthy body  mind and spirit. It is made from the inner bark of the cinnamon tree, which curls into rolls while drying, forming the recognizable cinnamon sticks. These sticks are either steeped in boiling water, or ground into a powder that can be used to make the healthy aromatic tea. In this article you will learn some of the health benefits that make cinnamon one of  the best herbal spices for making  tea. 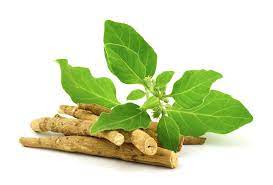 S– Sit down. Get comfortable. unwind.

I-Involve all of your senses. Sniff the aroma. Feel the heat or coolness on your hands and body. Watch the steam rise. Taste the earthy sweet lemon on your tongue. Listen to your inner voice.

P– Ponder on beautiful past moments in life when you drink. Capture the moment and Concentrate on each sip. Keep your mind alert and focused on the experience and surroundings. Notice how the drink changes your sensations and mood. Let go of what you are thinking about and unwind.

Some of the Health Benefits of Ceylon Cinnamon.

Cinnamon tea contains lots of antioxidants, which are beneficial compounds that help keep you healthy.

Antioxidants fight off oxidation caused by free radicals, which are molecules that damage your cells and contribute to diseases like diabetes, cancer, and heart disease.

Cinnamon is particularly rich in polyphenol antioxidants. A study comparing the antioxidant activity of 26 spices reported that cinnamon is only outranked by cloves and oregano.

Test-tube studies suggest that compounds in cinnamon may reduce inflammation. This may be immensely beneficial, given that inflammation is thought to be at the root of many chronic diseases, including heart disease.

Studies also report that cinnamon may reduce blood pressure, as well as triglyceride and LDL (bad) cholesterol levels in some individuals.

Cassia cinnamon, in particular, contains high amounts of natural coumarins, a group of compounds that helps prevent the narrowing of blood vessels and offers protection against blood clots.

However, excess intake of coumarins may reduce liver function and increase the risk of bleeding, so make sure you consume cinnamon in moderation.

This spice appears to act in a manner similar to that of insulin, the hormone responsible for shuttling sugar out of your bloodstream and into your tissues.

Cinnamon tea is often touted to help with weight loss, and several studies have linked cinnamon intake to fat loss or reductions in waist circumference.

However, few of these studies have properly controlled for calorie intake, and most have failed to distinguish between fat loss and muscle loss. This makes it difficult to attribute the weight loss effects to cinnamon alone.

The only study that controlled for these factors reported that participants lost 0.7% of fat mass and gained 1.1% of muscle mass after they took the equivalent of 5 teaspoons (10 grams) of cinnamon powder per day for 12 weeks.

However, such large amounts of cinnamon may contain dangerously high amounts of coumarin. When consumed in excess, this natural compound may increase the risk of bleeding and cause or worsen liver disease.

This is especially true for Cassia cinnamon, which contains up to 63 times more coumarin than Ceylon cinnamon.

5. Fights off bacteria and fungi

Cinnamon has some potent antibacterial and antifungal properties.

For instance, test-tube research shows that cinnamaldehyde, the main active component in cinnamon, prevents the growth of various bacteria, fungi, and molds. These include common Staphylococcus, Salmonella,and E.coli bacteria, which can cause illness in humans.

One well-controlled study provided women with 3 grams of cinnamon or a placebo each day for the first 3 days of their menstrual cycle. The women in the cinnamon group experienced significantly less menstrual pain than those given the placebo.

Easy to add to your diet

The easiest way to make this beverage is to simply add 1 teaspoon (2.6 grams) of ground cinnamon to 1 cup (235 ml) of boiled water and stir. You can also make cinnamon tea by steeping a cinnamon stick in boiling water for 10–15 minutes.

Cinnamon tea is naturally caffeine-free, so it can be enjoyed anytime throughout the day. However, if you’re specifically interested in its blood-sugar-lowering effects, it may be most effective to consume it with your meals.

Cinnamon tea is incredibly easy to make and incorporate into your diet.

Alternatively if you ate short of time, convenient cinnamon tea bags can be found online at www.orbitherbz.com or at your local supermarket or health food store.

4 thoughts on “What is the Best Herbal Tea to drink.”